Preferencing this discussion with a disclaimer would be appropriate: I speak from a place of knowledge that includes my personal experiences as a mother, co-parent, former spouse, step-daughter, daughter, niece, girlfriend, aunt, confidant and everything in between.

Today I see a lot of post where sentiments are shared, wishing Father’s Day to men who matter – patriarchal figures, brothers, brother-in-laws, male cousins, dawgs (in the words of brotherly love among black males), grandfathers, uncles, nephews and the list continues. Everyone has a narrative about how men have showed up in their life, changing them or impacting them in one away or another. However, this isn’t about the fathers today. This post is about the females and mothers who I am challenging to deposit more positive thoughts in the minds of our children who may be distant from their fathers because children aren’t given permission (verbal & nonverbal) to exercise independent thinking particularly in post-divorce and blended family situations.

Conversely, I am further requesting any person who is in a blended family to think outside of what you are used to. Think beyond your past, understanding that you are the product of your mindset. If you choose to be emotionally stuck in your past you will remain there unable to process that you deserve better. Also know that if you decide to actively live with your former self your current situation is more than you deserve and your self value will require an assessment before you enter a new relationship. The message here is that RECEIVING acceptance from whom you are with today is a risk because we each carry scars from our ex’s for our new partner to unpack, tolerate, refurbish and nurture.

What’s the relevancy you ask? Sentiments are ways of expression. How what we say, when we say it and to whom on what day is all correlated. Again – how we say what we say to whom on what day has a lot to do with what we are feeling. Today is one of those days where emotions are driving the narratives we post on Father’s Day. Let’s be mindful that we women can change the narrative about how our men think and how the way they love. We carry the power! Our children will follow our direction in post divorce situations so why not deposit positive narratives in placement of any unhealed takeaways we had with their father?

Men are so different insomuch that most of what they think they know is not accurate at all or most of what they want to know they cannot handle. Their mindset is usually one-directional where when they are challenged with a different way of thinking it is sometimes an uphill battle to defend instead of receive because the ‘head of household’ mindset they’ve adopted overrides the holistic needs of the family and inadvertently results in miscommunication instead of open communication. So there is work to be done between the genders for healthier dialog.

It is when we (women) are able to understand the inner workings of how our man perceives his role in our lives and in the lives of our children we can better communicate ways on how dads / patriarchs can become physically, emotionally and mentally involved in relationships. Therefore, ladies let us channel our strength to build and deposit love about our men (past or present) into our children so they grow mature in their understanding about how to navigate relationships of all kind on their own because there is so much beauty in one’s ability to articulate what they feel and how they feel without judgement. Let us all do our part in the love deposit circle of creating a community of children who can independently love both parents in respective ways.

A House is not a Home.

A house is a structure that includes different participants with dissimilar objectives. Each entity has a different focus and goal that is notarized and projected. The members in the house will behave in an agreed upon manner insofar of guidelines but each person has a different direction or objective to accomplish that, when given an opportunity, may lead to enticed conduct, e.g. stealing from one another, inflicting harm upon another, cheating or moving on to the next available offer. Further, the house members will enter and exit as they please because whatever laws that produce civilized conduct will be breached and persons will ultimately succumb to individual propensities, such as biases and judgments. Later, the ambiance in a house will fluctuate and grow uncomfortable, sometimes so unsuitable that it greets excessive admittances, produces high attrition, and invites intolerable demeanor and ultimate distrust.

In contrast, the home is a feeling (ambiance) that provides, produces and breeds tranquility. The cohesion and union cannot suitably occur without accordance. Certain things must be in place for a home to mature because it requires clarity, time, patience, tolerance, management, calm, a certain temperament, active collaboration and proactive teaching. Metaphorically, each member is a fiber that adds to the value of a finished product. The difference can be witnessed with the role of a project manager (PM) who is assigned to lead a group of 5, which was our household size before my parents divorced. The PM will wear many hats because he is the appointed overseer who will allocate funds, deliver assigned tasks, disseminate materials and issue project deadlines to name a few. Thus, I equate the PM to the head of the home; the father who is further designated to answer questions and provide clarity with the goal of delivering a finished-quality product.

The Apology that Mattered 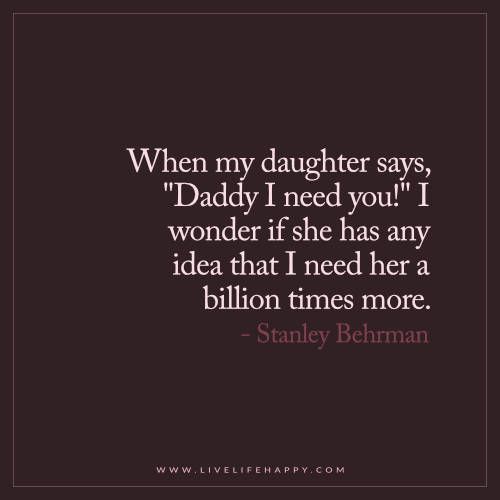 Clarifying these two distinctions lends itself to a question about the modern marriages compared to what I will call contemporary unions today. Shortly after sharing my most intimate post yet, titled “Sharing my Personal Scar” I received a phone call from my dear father. I will preface this to say that my dad has become my best male friend. He was overly apologetic and emotionally moved to learn that I had not reached out to him at a time of need. The content of my recent blog lends itself to a lot of speculations about the quality of parenting I and my brothers received when we were young; hence, I point the blame at no one because I attribute my parent’s parenting styles to that of which was passed on to them, i.e. adopted practices that were observed and illustrated in what I describe as the house where the parental figure was absent.

Conversely, I wonder if my grandparent’s decision to withhold facts about what they knew of their predecessors deprived my parents of an opportunity to predict and monitor certain tendencies that were imparted? Today I know the spoiled- rotten-little girl, who was left to self-parent because her older siblings were creating lives of their own, did the best she could to take care of house while her mother worked odd hours as a private-duty nurse, is the mother who parented us to the best of her ability. I also know the young man who pursued her because he wanted to be the paternal example that was absent in his life was improperly coached on chivalry and dating etiquette. Hence, both teenagers made conscious decisions to marry and create a nuclear family.

“The future of every generation lies in its progeny.  Prepared or, unready they are the unwitting guarantors of familial memory, living time capsules filled with stories that define and sculpt family identity, culture and history.  All of us are both mirrors and windows reflecting what has been and apertures allowing a brief and narrow look into the limitless potentialities of what can be.”

Dr. DeGruy alludes to the practice of inheritance. Whether it is knowledge bestowed upon us, experiences lived in the footprints of those we follow or the psychological incapacity of discernment, we essentially become what we may want to disown. Having said that, I see the authoritative, stoic, guarded, independent and covert habitudes that were instilled in me from my maternal upbringing that contradicts my paternal traits of balance, candor, transparency and objectivity to name a few. However, I also know that a lot of my characteristics were acquired along the way through my exposure to others and their experiences.

“In families where the father’s interaction with the children is limited because of marital statuses, he still has an effect on the children—but to a lesser extent. The roles of the father figure are assumed by male relatives, partners of the mother who live in the home, and by extended family helping networks (McAdoo, 1996).”

For instance, writing and sharing my Personal Nuggets are necessary not inasmuch for personal healing but for others who are also reserved about why the black family is prone to systemic practices that seem challenging to overcome. For instance, if we were to poll children of divorce parents in the black community and ask them questions about their experience each person may have a different outcome; however, the common theme and take away may convey a degree of self-blame in their parent’s decision to live separately. Thus, my childhood history resembles other children that are now caught in the crossfires of a ‘tug of war’ between parents who have become fierce opponents. Accordingly, has the home structure that many black fathers desire been unreported?  Is the black man stigmatized by the mainstream media as deadbeats and uncaring?

There is supportive research that highlights the positive image of black males, who are willingly and actively involved in their kids’ lives, as was our father. Yet, for reasons I will write about later, both parents were subjected to unhealthy conditions that compelled him to leave when I was 10. Subsequently, his efforts to constructively co-parent and the attempts to remain in contact grew challenging as years passed. What I didn’t understand then I absolutely understand and agree to today. So, although the intentions of creating a home instead of that ‘house’ environment may be short-lived, our relationships with the comprised members don’t have to be. It is possible to maintain contact with our loved ones, albeit a grandmother or the village that reared us. And it is further possible to open our hearts to misunderstandings and disagreements. Today I thank my dad for the apology that matters because I am now receptive to hearing and receiving without reservation because he was the ‘Head of our Home’ and has accepted fault.

Note: This is dedicated to my Father.